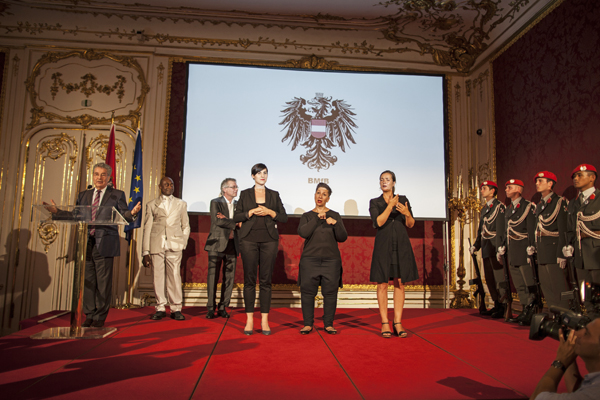 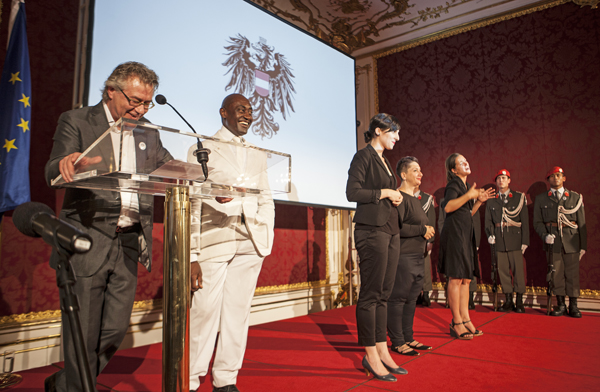 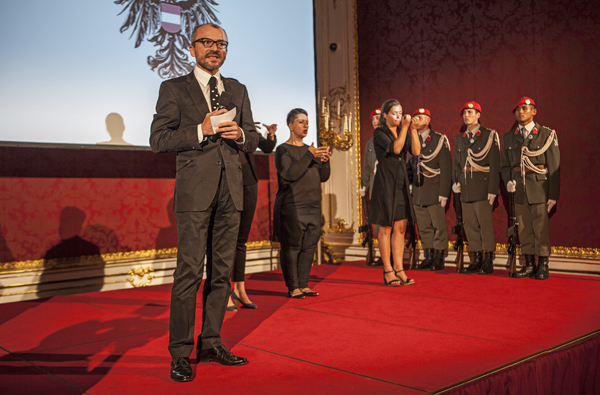 The official Anthem of the Austrian Federal Ministry of Movement Affairs is the first Anthem in world history that was created to be danced instead of sung. 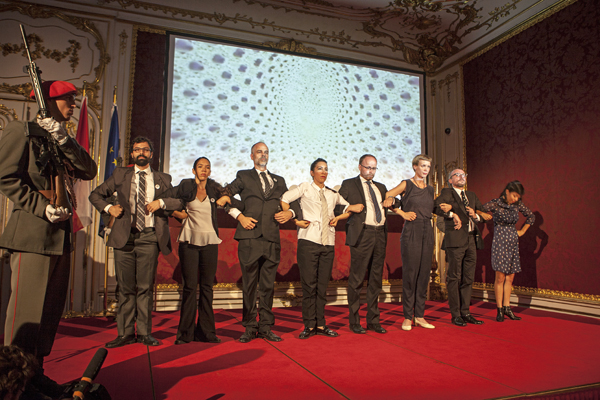 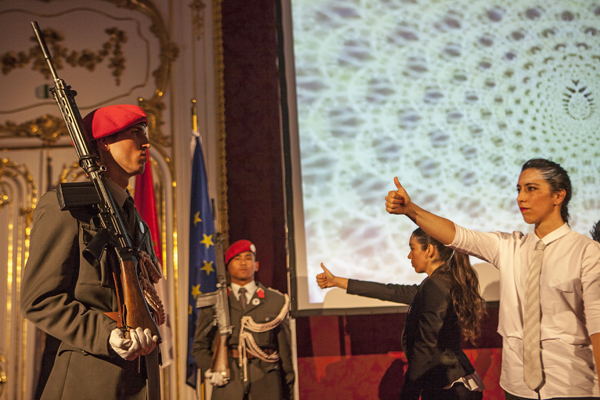 The anthem with guard of honor, Amanda Piña and Paula Gonzales

Wíinklil, the first program initiated by the INAM concerned with the indigenous movements of Mexico. The self defence art Wíinklil was obtain from movement donations from the Maya communities of Yucatan. 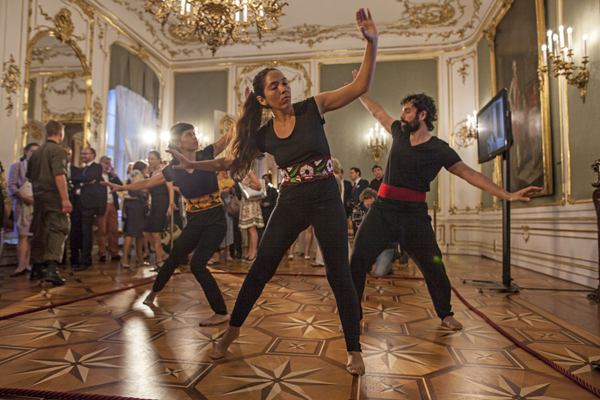 Ten representatives of the Honor Guard of the Austrian Armed Forces stand at attention in this silent choreography and perform the absolute impossibility a non-movement.The voices of the young guards tell of their own individual ways toward phisical immobility, reflect on freedom of movement and on the des-disciplination of the body.

Azrabukeh, an Assyrian ritual dance, that became extinct at the beginning of the 20th century.  Azrabukeh was last danced before the First World War, during the Ottoman Empire in territories that now belong to Iraq. Azrabukeh was danced mainly by women. It was popular belief that only women could communicate directly with   War by dancing the Azrabukeh, the function of the dance was to appease War, which was though to be an entity with a live of its own.

The two installations “To join" and “Be Hospitable" are representative of the New (9) Austrians, a project to be realised as a fitnes-parcours in public space. The typical Austrian action patterns are executed by national icons and will be staged in a suitable environment. Ute Bock, a tireless combatant for the hospitality of Austria and the balcony of the National Library, once the site of Adolf Hitler's solemn Anschluss- speech, are the protagonists of these two health exercises that contribute to mental, physical and emotional health can be performed regardless of nationality, by each and everyone.

Father and son Walter and Martin Kobel are oldest and youngest flag-Throwers-Swiss champions, both with deep and extensive experience in the art of Flag dancing. Their mew flags bear the color of the EDfB, campaign, a universal white, which is expressly no instrument of national representation. 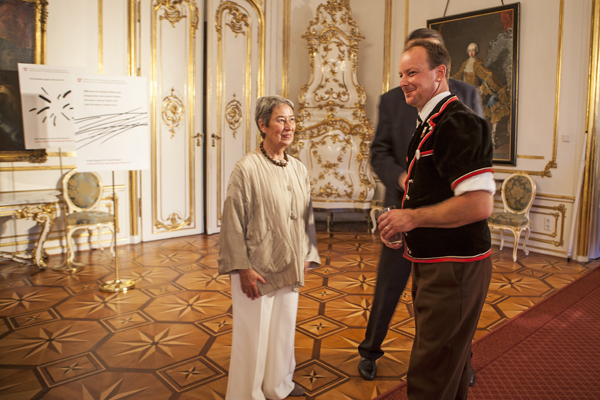 The Movement dis-inhibitor facilitates movement, un inhibiting movement barriers and preparing the visitor to donate movements to the Ministry. The body armour must be broken, the joints loosen and any rigid attitudes dissolved. Two representatives of the BMFB offer the civilians short treatments of touch and somatic experience allowing movement readiness and awareness through movement. 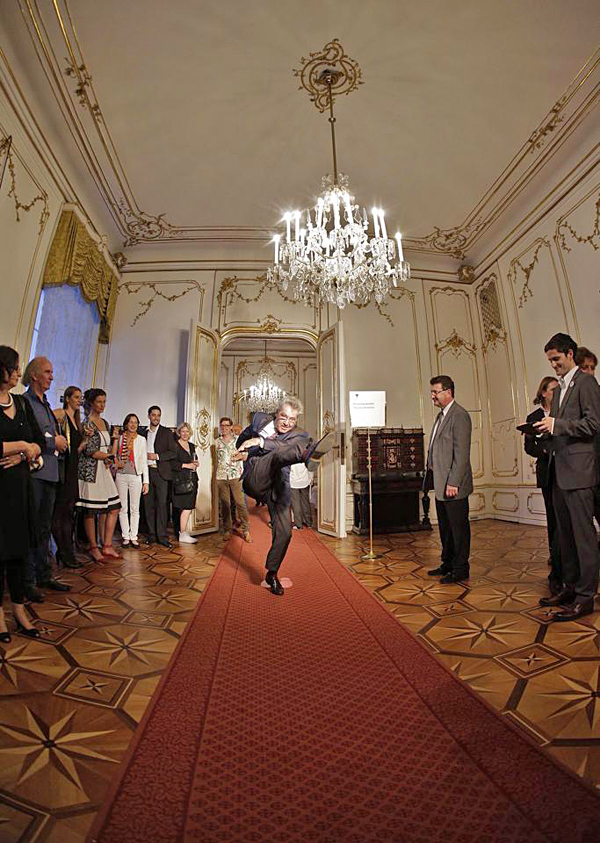