The Mexican Institute of Movement Affairs (INAM) belongs to the first initiatives supported in the framework of the ‚Plan for the International Promotion and Distribution of the Activities and Principles‘ of the BMfB with the objective of creating an International Network of Movement Development Administrations in Latin America and the Caribbean.

The Mexican Institute of Movement Affairs (INAM) aims at generating awareness of the potential of movement for the achievement of integral human development, questioning, in a purposeful way, the social and political structures we tend to generate as societies.

The Mexican Institute of Movement Affairs (INAM) develops and applies movement policies, using embodiment as a political tool for generating an active debate on the accelerating loss of cultural diversity by the process of cultural homogenization in Mexico. By promoting, conserving, and redistributing old forms of movement into new media, INAM wishes to actualize old practices thus preventing the loss of corporeal knowledge and intangible corporal heritage due to the process of globalization.

Using dance and social choreography as political tools to promote the equal distribution of movement in society, the movements that INAM wishes to promote are not about competition, or domination, but about enjoyment, dance, health and cooperation.

The first program launched by INAM deals with the survival of cultural minorities in Mexico through the development of new martial arts based on traditional cultural features. These self-defense practices are based on the movement reservoir of indigenous endangered cultures.

In Mayan cosmology Wíinklil means body-presence, a word that embraces concepts such as body shape, physical activity, personality and identity. Winklil is the first project of its kind in Mexico and is concerned with the empowerment of living Mayan culture and its presence in new media.

In Wíinklil everyday Mayan activities – like cooking Tortillas, “cleaning the Milpa” or the hairdo of the Mayan women – are abstracted from their original context and transformed into combative gestures, allowing everyday actions to also fight back. 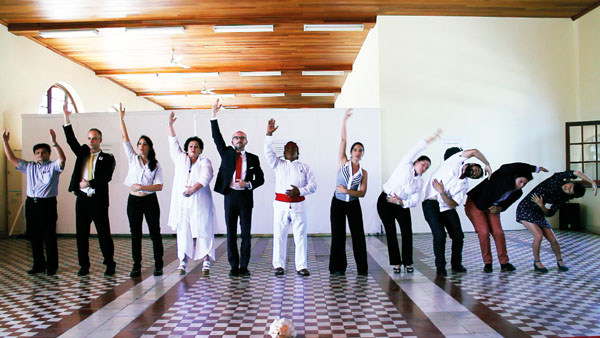 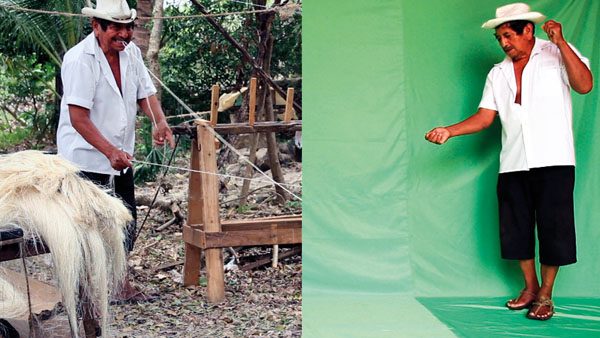